What is QR code and how QR code works? 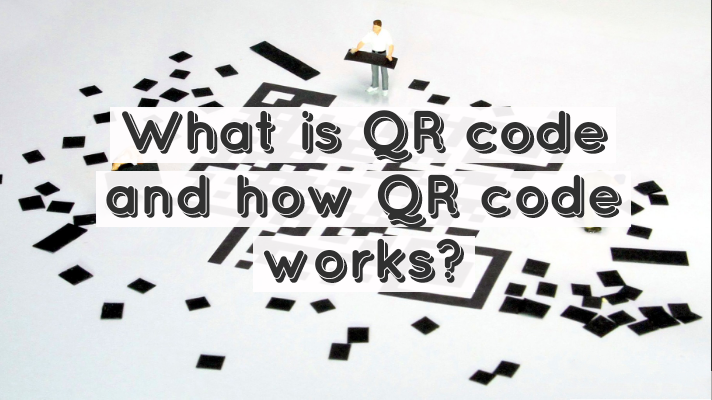 QR code (quick response code) is a matrix code that store huge volume of information and it’s scannable (decrypted at high speed). QR code could be easily misused because user don’t know which information or link hidden until scan. In last a few years QR code became popular because of wider usage of smartphones. But the golden time for QR code started since the World Health Organization declared COVID-19 as a pandemic and encouraged people do not touch surfaces (QR code is touchless).

QR code is a two-dimensional code that was developed by Denso Wave (the Toyota subsidiary) for tracking automobile components throughout manufacturing. Before the QR code, barcode was used but it contained not sufficient volume of information. The barcode storage capacity is up to 20 numerical digits. Barcode is 1D and QR code is 2D. QR code storage capacity is 4,296 alphanumeric characters, 7,089 numeric characters, 1,817 kanji characters (logographic writing system) of information.

QR code could be made in other colors than black and while but readability of it will be reduced. For QR code could be added different colors (even gradient), design, logo, frame, etc.

The QR code system consists of a QR code encoder and decoder. But the best feature of QR code that it could be scanned from different angles. To QR code scanners added Reed-Solomon error correction feature (error correction codes are hidden and most users do not even know about them, nor when they are used). The data on QR code structured in that way that way that software can “guess” the missing or misinterpreted pieces. In example of QR code above available code made out of dots. That’s type of QR code could lead to troubles while scan. In regular QR code is used masking process to include misleading shapes (such as dots or hearts), large blank areas, etc. When QR code created, the encoder check different masks and choose that one that minimizes misleading features in the result. The timing pattern contain alternative light and dark modules. In QR code used a few different encoding schemes to ensure that different type of information can be stored efficiently.

How QR code is used to scam you?

The most widely used QR code could include suspicious link and to prevent it available safe QR code scheme based on visual cryptography. Most of users know that QR code can open a URL but it also can compromise email or affect computer. Sometimes scammers place QR code sticker on top of the real sticker. When customer scan the QR code, it can take to spoofed login page to steal users credentials.

First corrupted QR code was detected in 2011 by the Kaspersky Lab. Ones the user scan the code it contained a website link that after clicking on it downloads the malicious file within the user’s device without the knowledge of the user.

Ways to make QR code safer to use

In order to make the QR code authentication more reliable and safe to use, researchers proposed a few ways for authentication. On of the most effective strategy is to use OTP (one time password) and EVC (extended visual cryptography). User’s information could be protected using visual encryption technology (visual information to be encrypted in such a way that the description can be done without any scanner). The main idea is to encode a secret image into noise like shadow images (named share images). The secret image is divided into a few share images and distributed to different participants. The decryption done by stacking a few shared images to reveale the secret image without use of scanner. In this method available weak point: the secret image will be invisible if the number of stacked shared images in not sufficient.

Top 10 ways to use QR code for business growth

QR code could be used in many industries. Here’s top 10 ways to use your QR code for business growth:

QR code became the essential part of daily life. This article provided you with all necessary information to understand how QR code works, pros and cons, application.

Top 10 most expensive domains in the world

I’m not a great programmer, I’m just a good programmer with great habits