The Ice Block Expedition from Norway to Gabon 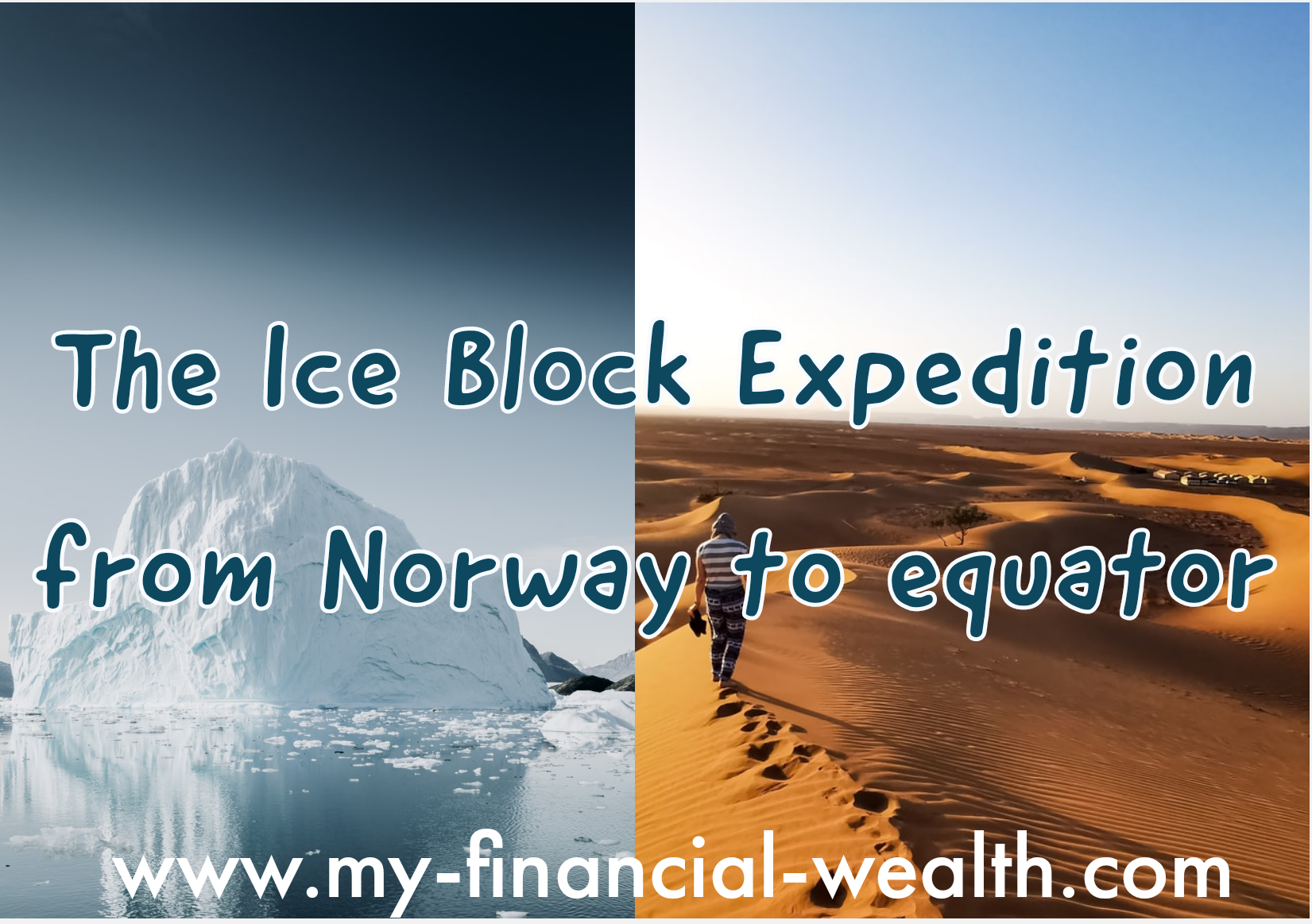 The legendary 1959 Ice Block Expedition was organized by Norwegian company to prove that their insulation glass wool is the best in the world. Here’s the incredible story of the longest ice block travel without refrigerator in human history.

Everything started in 1958 when Norwegian insulation material producer Glassvatt accepted the challenge announced by Radio Luxembourg. Here’s a challenge: transport 3050 kg of ice from the Arctic Circle to Equator (city Libreville, capital of Gabon) without using any chilling equipment. Solid ice block must travel 8500 km on land. For every kilograms of ice that didn’t melt will be reward (100,000 francs). Radio Luxembourg didn’t expect that someone could accept the challenge and successfully transport ice for almost one months without refrigerator. But managing director of Glassvatt decided to accept the challenge.

For Glassvatt it was brilliant opportunity to showcase superiority of glass fiber and make several million francs. Obviously, Radio Luxembourg retraced the challenge. But till that time preparation for expedition received so much attention that Glassvatt decided complete the challenge even without potential reward.

On cold February morning of 1959 the expedition left the Arctic Circle with 3500 kg of ice on Scandinavian truck fuelled by Shell.

Through Europe journey was easy. The expedition made several stops in Europe: Oslo, Helsingborg, Copenhagen, Hamburg, Cologne, The Hague, Brussel, Paris and Marseille. The Ice Block Expedition attracted a lot of attention.

In France container was drained to see how much ice malted and for everyone’s surprise only 4 litres of water drained. After container was lifted on cargo ship and left to Algeria. From Algeria The Ice Block Expedition became harder task.

As we all know Sahara is a desert and ice transportation via hot is equal to impossible. But not to members of expedition. In most parts of the Sahara desert there’s no roads. For heavy truck loaded with ice it was big challenge. Several times truck got stuck in the desert sands but crew was instructed to drive as fast as it possible. The biggest problem was guerrilla warfare (small groups of armed civilians who was fighting larger and less-mobile army). The expedition carried around 300 kg of medicine for local hospital in Gabon that would have been valuable commodity for guerrilla fighters.

The expedition team received offer from Charles De Gaulle to drive the ice block back to Paris. But team rejected the offer because they was too much tired and crew prefer to fly home. The ice cube was cut into pieces and distributed among local people who never touch ice in their life.