The first billionaire who’s worth $200 billion 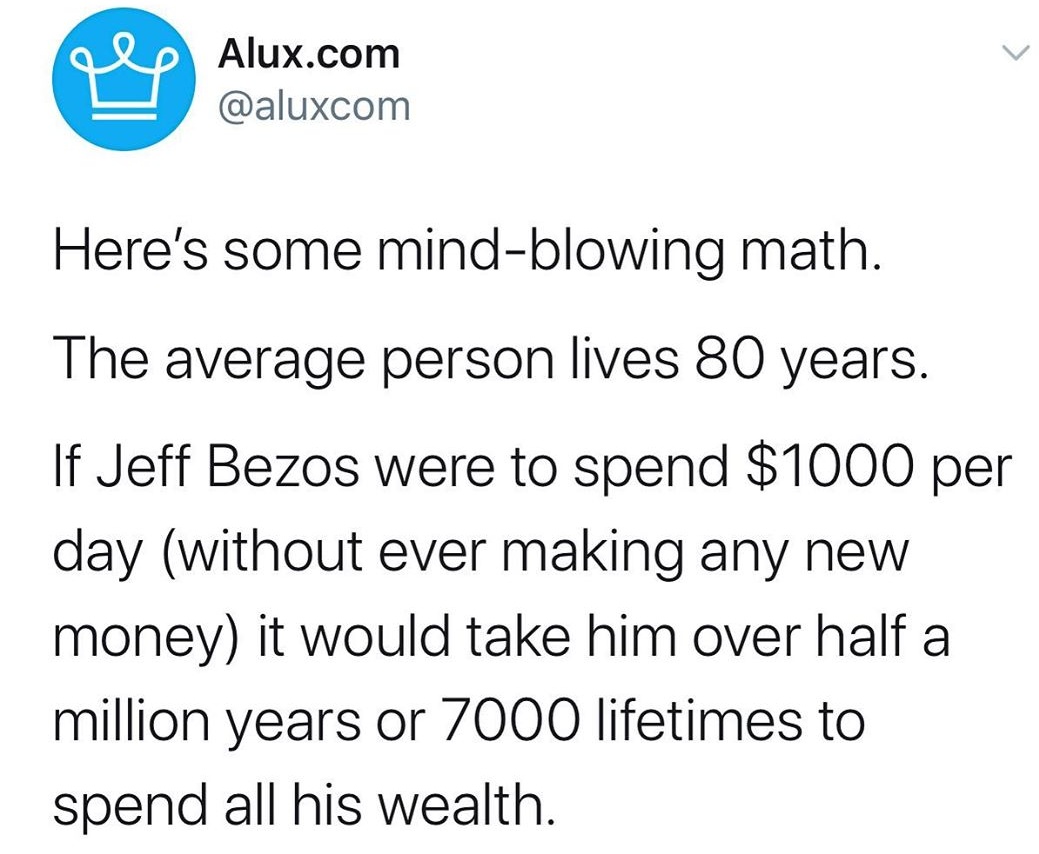 According to Forbes real time wealth Jeff Bezos wealth crossed $200 billion. Amazon’s shares (main wealth source) rose by 80% this year. But not everyone is happy about the wealthiest man on earth.

Protesters build a guillotine infront of Bezos house and demand $30 per hour as minimum wage. Most of Americans consider $200B as unfair amount of money for one person.

Jeff Bezos ex-wife MacKenzie Scott signed The Giving Pledge (commitment to give away majority of her wealth to address important global problems). Recently she gave away $1.7B but faced too much of criticism (it’s never enough money that was given away). Despite huge donations she is the second wealthiest women in the world (in next a few days she will move to number one position).

3 thought on “The first billionaire who’s worth $200 billion”

Everybody is an addict

Current mood: want to be with myself alone