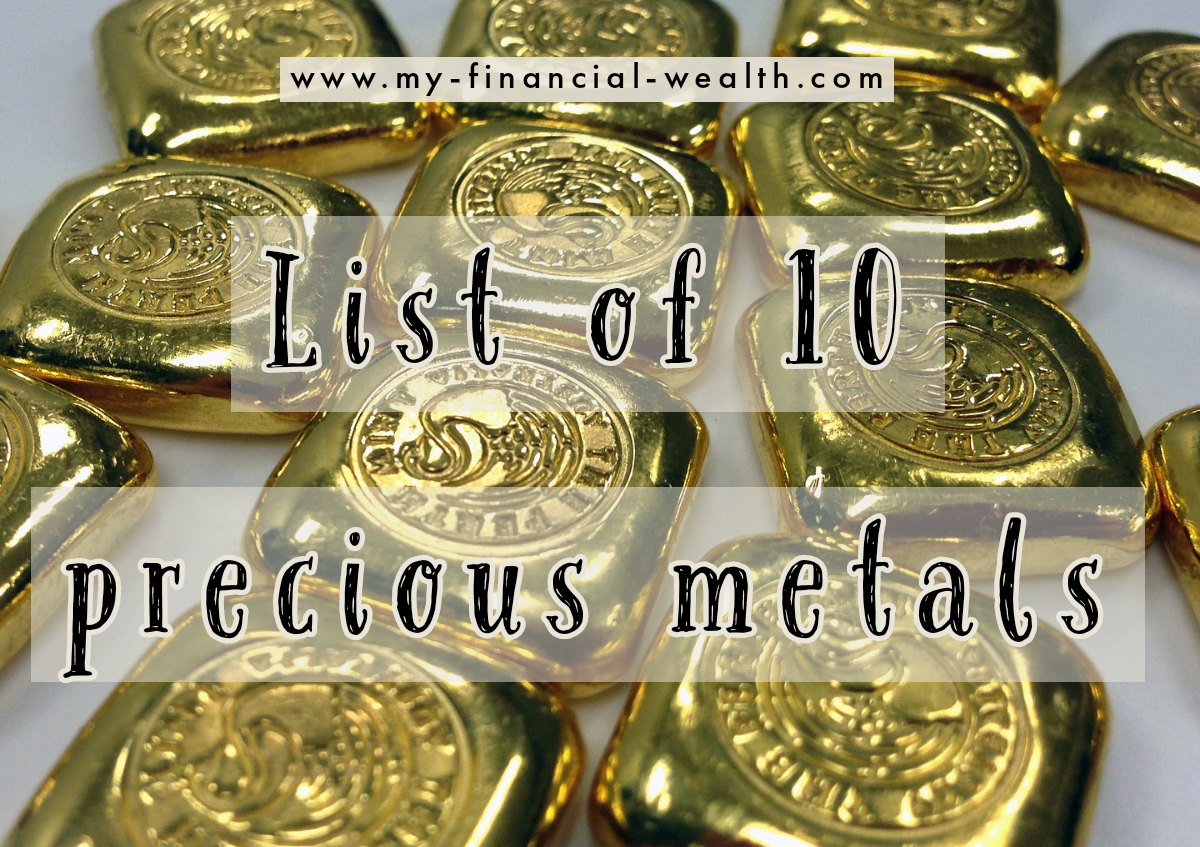 1) Gold. Obviously this is the most desirable item that currently priced around $2000 per troy ounce. In many countries gold considered as an investment to preserve wealth. In India gold is must have for every women (and men too).

2) Silver. Priced $27 per troy ounce. Demand for silver growing as more people can afford it.

5) Ruthenium. Priced $270 per troy ounce. Ruthenium is used to harden platinum and palladium alloys, used in electrical contacts, as a catalysis, in solar energy.

6) Rhodium. Priced $10,500 per troy ounce. Rhodium is used in catalytic converters for cars chemical industry, used to coat optic fibers and optical mirrors. This is the rarest of all non-radioactive metals.

7) Iridium. Priced $1650 per troy ounce. Iridium is used in alloy form because it’s high melting point. In 1889 an alloy of 90% platinum and 10% iridium was used to construct the International Prototype Metre and kilogram mass. Iridium also used in fountain pen nib tips.

8) Osmium. Priced $400 per troy ounce. Osmium is rarely used in it’s pure state because of extreme toxicity of it’s oxide. As alloy with other metals it used fingerprint detection and in electron microscopy.

In bullion market trader gold, silver, platinum and palladium metals, other metals are not traded. This is the main reason why people don’t know about existence of metals like Rhodium, Iridium, Osmium.

Focus on what will make you the best version of yourself