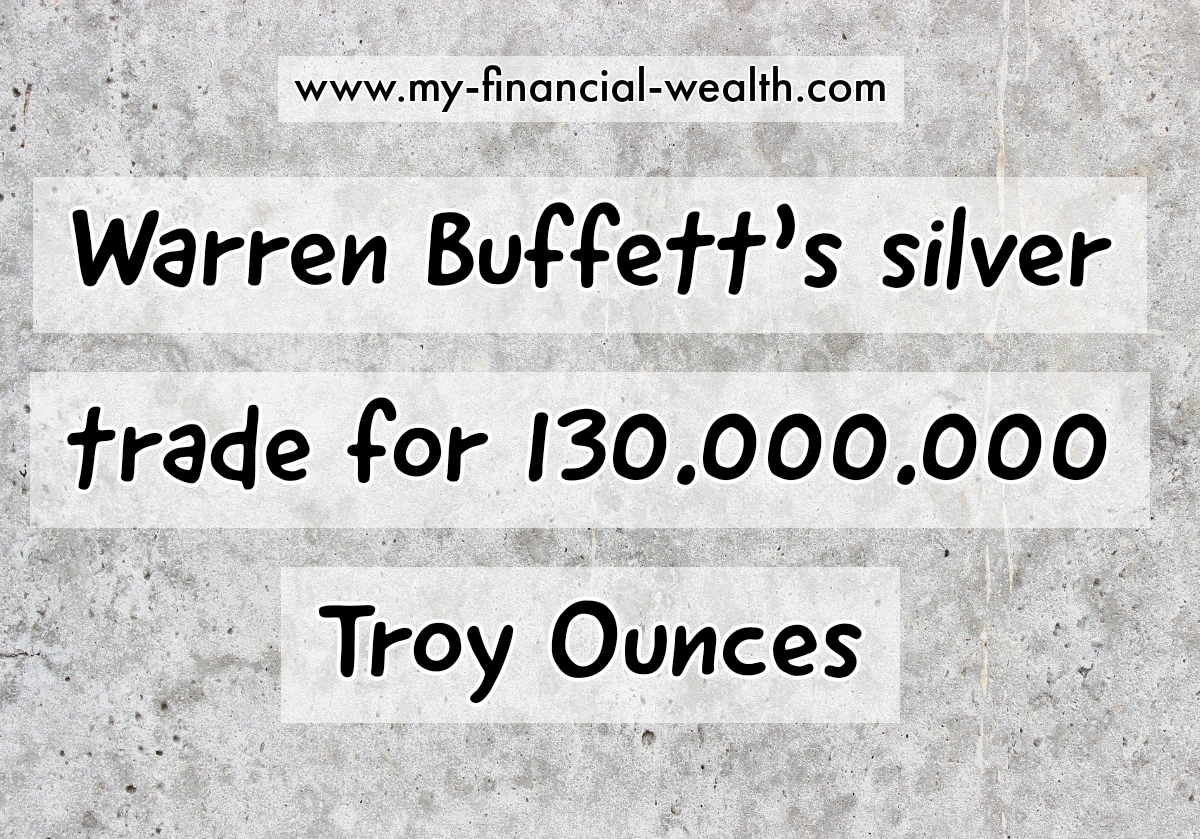 Warren Buffett is famous for his investments in undervalued stocks that paid dividends. But in 1997 he purchased 130.000.000 ounces of silver (you read right, 130 million). It’s not the common purchase for him. Let’s take a look into this purchase.

In 2006 almost 4 million kg of silver Warren Buffett sold and made approximately $500 million profit. But who can buy so much silver? The Barclays Bank. In 2006 the first Silver Exchange Traded Fund (owned by Barclays) was trying to get approval from the Securities Exchange Commission. Barclays promised that will hold silver to back up it’s shares. It’s not the coincidence that Barclays got approximately 130 million ounces of silver exactly when Berkshire Hathaway sold it. Silver stored in London (no reporting requirements) and there’s no much details on this deal. The Silver Exchange Traded Fund got approval and listed on American Stock Exchange in August 2006.

Berkshire Hathaway sold silver too early but still made profit. In 2011 price of silver briefly touched $50 per ounce.