Book review “The subtle art of not giving a f*ck” 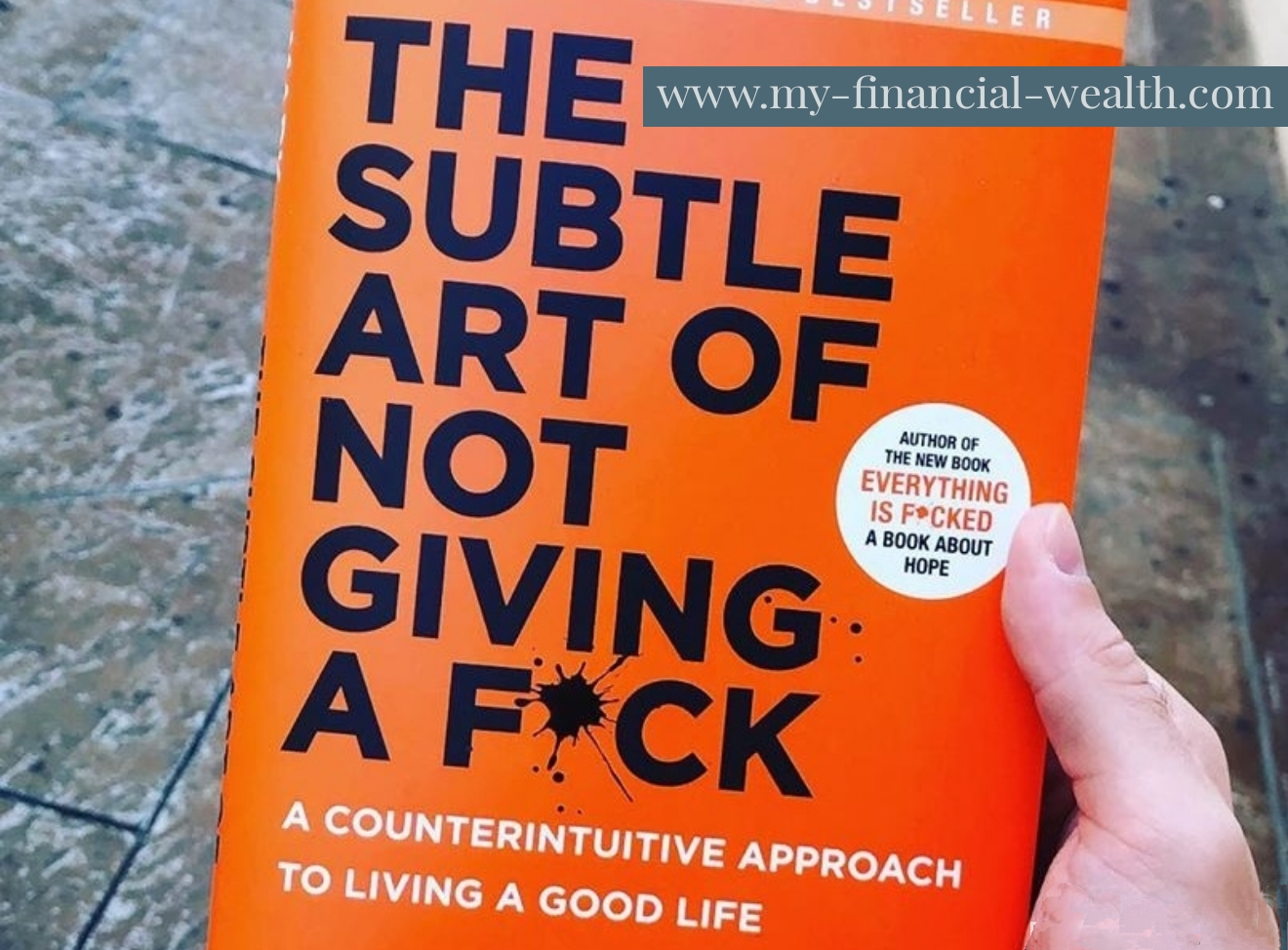 After reading “The subtle art of not giving f*ck” I want to share main ideas from this masterpiece.

The main idea of this book that everyone is responsible about what’s going on in their life and for what person choose to worry. It’s not traditional self improving book, rather it’s unglorified truth of life that we choose to ignore.

Book starts from the least motivational story that I’ve ever read in any book. It’s a story of alcoholic writer that lived miserable life for 30 years. He wrote many books that was not published by publishing houses because it was raw and and full of depressed emotions. Years passed in drinking, eating junk food, finding cheap whores, etc. After his book got published he became famous and made quite a lot of money from this. But his lifestyle did not change. The main idea of this story is he accepted he is loser and honestly wrote about it. No fake emotions, no fake “hey I’m rich” vibes, just his true feelings.

Almost all other self-motivating books create overly harsh approach to success. It’s like wake up 5 am, meditate, do killing workout, after that work nonstop. As result burnout happens. In “The subtle art of not giving f*ck” presented more realistic ways for how to achieve success: don’t compare your success to others success, use right metrics to measure success, improve success measuring metrics regularly, commit yourself to what’s important, don’t give a f*ck about meaningless situations, etc.

Self-improvement and success mostly occur together but it doesn’t mean they are the same things. Some people focus too much on improving themselves that they don’t see how they burnt out (situation when everything loose it’s meaning and don’t spark any joy). Self-improvement is necessary until it’s based on realistic expectations. But our culture is focused on unrealistically positive life expectations. It’s expected that by self-improving person will be happier without feeling negative emotions (suppressing all negativity and full focus on positivity). But by denial of negative emotions person fixating on creation of overly positive behavior.

Our culture is focused on unrealistically positive expectations: be happier, be healthier, be the best, be smarter, faster, richer, sexier, more popular,more productive, admired, perfect, etc.

“The subtle art of not giving f*ck”.

Everyone who lives mediocre life (as considered by society) considered as looser. But it’s impossible to everyone became extraordinary while doing his/her incredibly fulfilling work that will save the world in one day. In this book advised to keep your expectations from yourself and from others as realistic as possible (you should not expect horse behavior from the donkey).

Priorities in life determine success and values. For different people the same things feel different. For homeless person extra 10k dollars per year will be life changing sum. For upper-class income person extra 10k per year will give little extra value. Mostly rich people don’t need to prove that they are rich. Show off in Instagram is someone not rich yet and simply pretend to be rich.These people who have low self-esteem . They flash everyone photos in rented jet. Often show off insanely expensive piece of leather called handbag. In social media most users’ accounts are the same style pictures. They portray perfect life (it’s like “fake it until you make it ” ). We are dependent on likes, comments, follows in social media. But it destroys our happiness and create shallow people.

We are constantly bombarded by marketing campaign. “As more we own the more we worry”. We believe that to give f*ck about everything it’s normal. This book teach us to choose what to worry about. The main goal is to reduce level of stress by reducing number of things that disappoint us. Such a simple but in the same moment is brilliant approach.

Another important takeaway from this book is finding out real reason of anger and stress. It’s better not be angry on ourselves. But often happens because we are able to think about their own thoughts.

We become victims to own success. Which dictates us always, to achieve more, own more, collect more, be more. Also we have too many ways to figure out that our success does not match with others . So, we start worrying . We forget to enjoy the process of getting better day by day. Obviously it’s impossible not to worry about anything but you must be selective about what to worry about. When person has no problem then mind creates problems.

In this book I came across unique statement “Truly f*ckworthy”. A deep meaning statement. As we all live in certain degree of disappointment and insecurity, it’s okay sometimes. Our happiness comes from solving problems that never stop. So just upgrade our selves. But who ignores problems are the least happy because couldn’t face reality.

Happiness is a constant work in progress . And it’s solution to today’s problems. Which will lay the foundation of tomorrow’s problems.

“The subtle art of not giving f*ck”.

There are few approaches to problem solving::: Face the problem & solve, deny that problem exists, pretend that you can do nothing to solve the problem, ignore the problem, delegate to other person to solve your problem. All this approaches are used regularly except first one (face & solve the problem). Problems make us emotionally unstable. Emotions are overrated. We should not blindly trust our emotions, we must learn to question it. Since small ages we are thought to suppress emotions or replace them . Emotions never last long and decisions made based on it mostly sucks.

All achievements of life come with sacrifice but you choose struggle . Mostly people live with results but not with process that creates fake dreams. People think that they are unique and their problems unique. But truth of life , ” people have similar problems and to solve it faster just Google it !!!

Most of self improvement books teach that person should be feeling good about themselves all the time. That’s impossible because we are quite average in most things. Also individuals have hard time accept their mediocrity.

Another story about person who was physically sick and failed in everything, his parents and society expected from him. He was unhappy and decided to take his own life. But he realized what’s going on in his life , he is responsible. In one year he gained self-esteem and later in life he became one of the most legendary psychologist. This 1 year challenge is unique because there’s no one to blame for everything, only yourself.

People use different metrics to measure success .Often they change parameters to measure success. When you change your priorities then please change measuring metrics too. Even if no one else see your progress you should not stop believing in yourself . Because you are the architect of your own believes.

Success requires a lot of discipline, commitment and persistence. Also way to success is made out of fails and victories because it’s a single way forward.

The chains of habit are to light to be felt

Why I don’t write blogs anymore?

We are what we repeatedly do

The chains of habit are to light to be felt

Become the person you want to be

Why I don’t write blogs anymore?

We are what we repeatedly do