Vegans are protected from discrimination by UK court 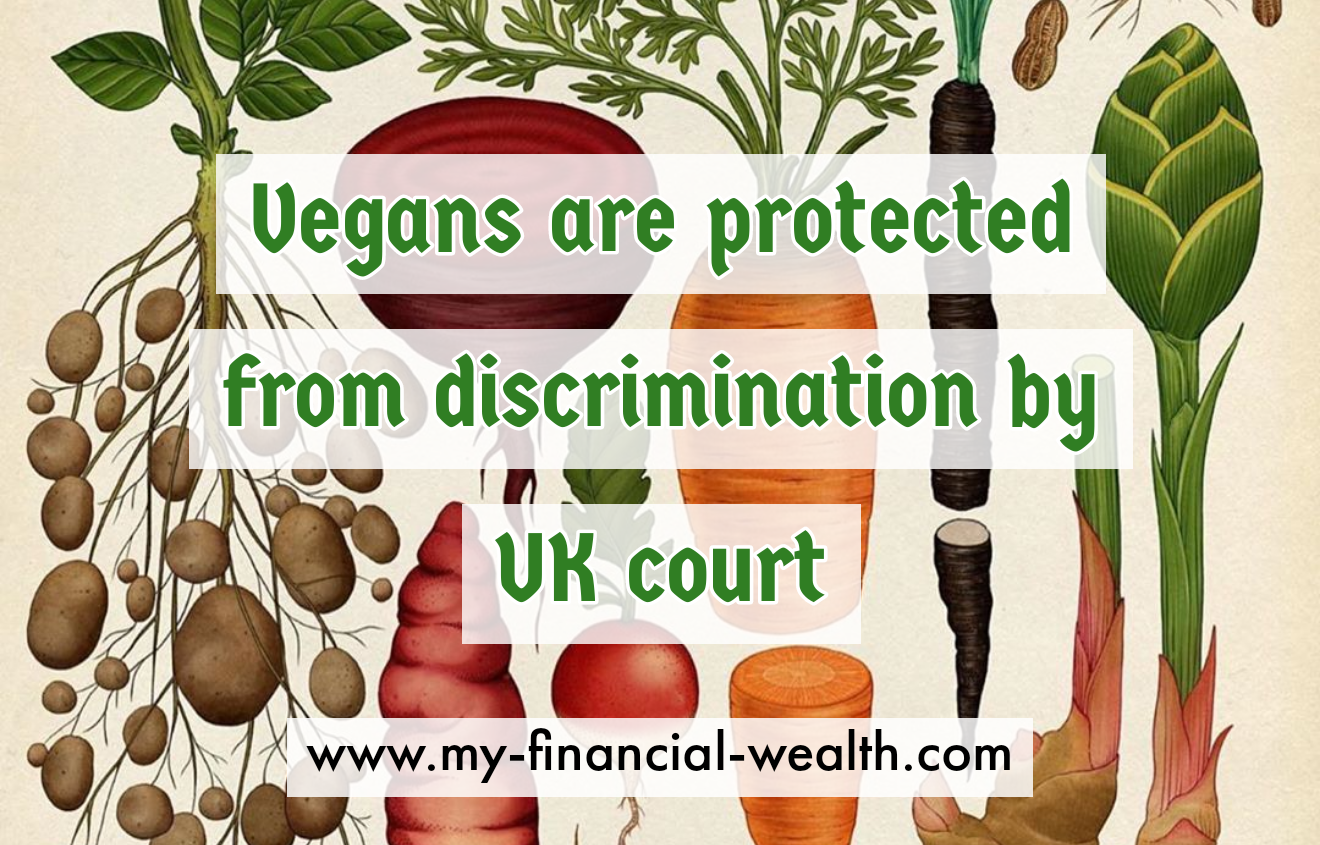 The concept of veganism is rooted in the ancient concept of Ahimsa (one of the main premises of Jainism). It’s believed in some religions that to hurt another living creature is to hurt oneself. Ethical veganism it’s not just about the diet, it’s also about what person wear (no leather goods, wool, silk), personal care products, career, etc. Ethical vegans are moralistically oriented and opposed to all forms of exploration of animals. Here’s a definition of ethical veganism :

A philosophy and way of life which seeks to exclude, as far as possible and practical, all forms of exploitation and cruelty to animals for food, clothing or any other purpose and by extension promotes the development and use of animal free alternatives for benefit of humans / animals and the environment, in dietary it denotes the practices of dispensing with all products derived wholly or partially from animals.

The philosophy defined by the Vegan Society and it’s moral framework. It’s obvious that it’s unavoidable to use some animal by-products if no alternative available but as little as possible. Some vegans go as far as calling food manufacturers and ask that food is genuinely vegan or not (same with clothing). Vegans do not consume figs because of microscopic wasps that could be ripened figs. No animal tested products.

Ethical veganism is not in conflict with others and does not require non vegans to behave in the same way. But vegans mostly trying to educate non vegans about importance of being vegan, sometimes it’s clashes with others opinions.

So, the court (judge) declared with overwhelming evidence that ethical veganism is capable of being a philosophical belief and thus a protected characteristic under the Equality Act 2010. Vegan Society achieved recognition of ethical veganism and it’s protection.

While writing this article (I’m 100% non vegetarian and do not intend to give animal products and by products) that vegans choose to have harder life because they always must search for vegan friendly alternatives.