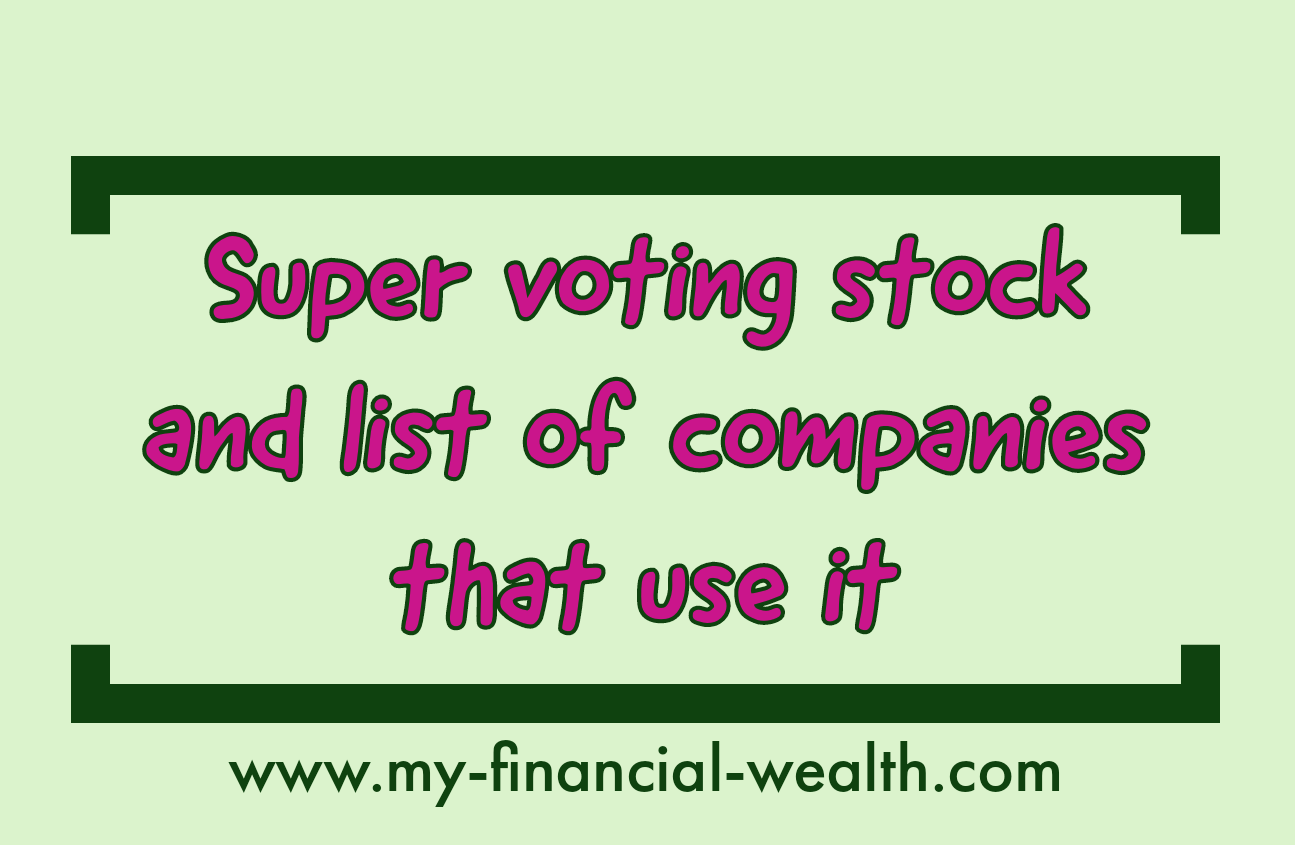 The main idea behind so-called super voting stock is to ensure that control over company stays in founders (early investors) hands. When company issue shares to founders, employees, early stage investors (key players in the company) than number of shares that founders hold could be diluted. In order to avoid this super voting shares issued to company’s key personnels.

In some stock exchanges it’s prohibited to list the company with dual-class stock structure. But competition between stock exchanges so high that it led to applying extra terms and conditions that permitted company’s IPO with dual-class stock structure. This situation insure that control stays in co-founders hands, but after IPO most investors expect holders of super voting shares to give up this powerful privilege.

Here’s a list of famous US companies with dual-class stock (as per September 2019):

As we can see there’s possible different combinations of A, B, C, D, etc stocks. Every company can choose single class or dual class stock structure.

Low equity holdings with super voting power considered as disadvantage for big investors. Shareholders with super voting stock only bear a small financial risk compared to amount of control over decision making process. Majority of companies that apply for IPO have founders who are so charismatic and visionary that the company may not be as successful without them. Some investors motivated by “fear of missing out” potential profits that they accept the risk and invest in companies with a few stock classes. Most of the times super voting rights misused for covering questionable corporate governance.