The real situation in Indian economy 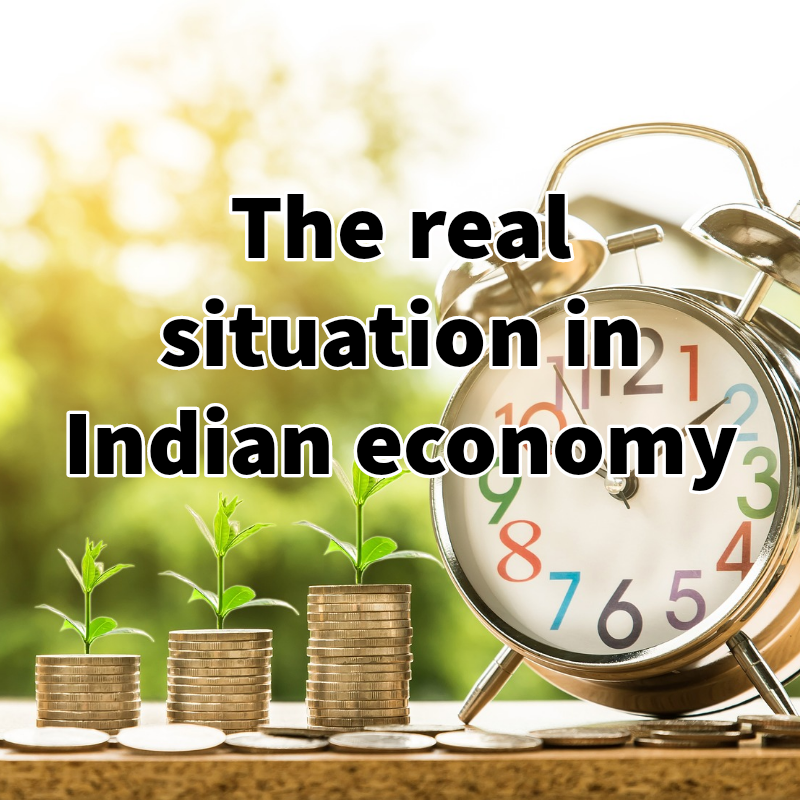 Yesterday I had an argument with an influential business person, who blames market, government, fiscal policy for decline in the economy. I write this article to explain layman point of view, how greed for more profit & margin is main reason for growth slowdown.

Direct tax tax collection 2018-19 period ₹11.3 lakh crore, which contributes to 50% of total tax revenue. There has been 13.46% crease in income tax collection than previous year. IT tax payers 2018-19 was 8.4 crore which is incremental 13.9% than previous year. Which is expected to grow 10% in 2020. Considering yoy double digit growth since 2014. This is good sign for the government to drive economy.

Considering except savings remaining amounts can be used for contingency and consumption. So 30% proportion (As Indian save 30% as savings). Net disposable amount for consumption by tax payers ( 50% that is 5 times of savings) which is 11.58*5=₹57.09 lakh crores. For comparison average American save 7.7% of annual income.

How about non tax payers ( 139-9)=120 crore population. Interestingly Indian Per capita income has raised to ₹10 thousand per month by 10% over last year. Which means disposable income has grown by 10% also. Let’s use the same data: savings 30%, contingency 20% and consumption 50%.

if you add female prospect then demand upwards to 5 crore.

Significant price correction in products (real estate, infrastructure, automobiles). Subsequently banks will follow with innovative credit policy to support. Some don’t understand that Indian economy is the most resilient, because of Jugaad mentality. Unable to afford car? No problem, use Ola & Uber Jindabad. House price too high? Rent it out & wait till developer goes bankrupt😂. TV is too expensive? Purchase a mobile phone. List goes on.

Inability of, greedy businessmen to envisage future trends and pricing led to headache for banks, government and Indians. Irony that these greedy businessmen cry loudest about slowdown. Seek for bailout, asset restructuring, blah blah blah… Few activists and media follow their tune and create panic among the whole population. Which will lead to rock bottom price for public resources&assets. Thus these vultures can feast on resources. Fulfilling great philosophy “Many persons’ lose is one person’s gain…”

The per-capita income is a crude indicator of the prosperity of a country. The gross national income (GNI) at current prices is estimated at Rs 188.17 lakh crore during 2018-19, as compared to Rs 169.10 lakh crore during 2017-18, rising by 11.3 per cent. Government initiative on self employment and Mudra Yojna is highly appreciated. Pakoda wala monthly earning ₹10 thousand is better than ₹10 thousand office goer. As currency circulation is more in earlier case. But in media it was a blockbuster joke of criticism 😂

Media and many activists blame government and fiscal policy for demonetization till now. They should be aware liquidity available approx half of GDP. It’s enough to achieve GDP growth targets:

The currency-to-GDP ratio tells us
that it continues to grow in the
aftermath of demonetization towards
the long-term Indian average of
around 12% of gross domestic
product. Considering the presence of
a huge informal sector in the Indian
economy, a higher currency-to-GDP
ratio suggests that economic
transactions in the informal sector
are picking up pace again, even though they are still not back to
pre-demonetization levels. This is good for Indian economy.

As inflation will hover around 3.5- 3.7%. And from the 5 Yr and 10yr inflation trend, it’s downward towards 2% by end of 2020. Which is good sign for economy as disposable income would increase by 10% for average Indian. Which is definitely a good sign for India.

My point of view on economic indicators

From my point of view below are economic indicators : I would like to color code as per current situation in ( Red) Bad,(Orange) Okay,(Green) Good

Indian economy in way better situation than it shown in news. Media work hard to create panic among citizens. Also let’s not forget that news channels always show the bad side because will be more views.