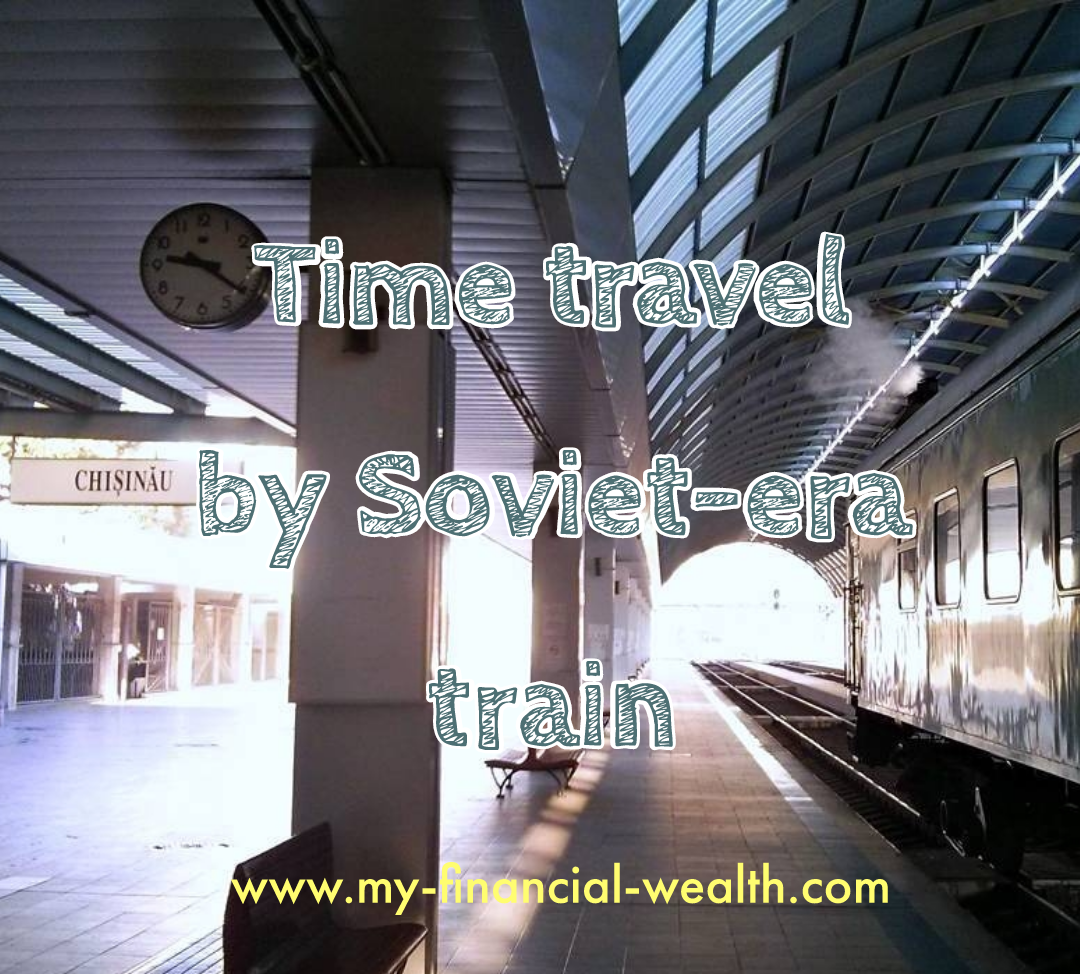 I’ve heard many times that railway line different in Europe and in former Soviet Union republics. But I’ve never experienced train been lifted up in the air and wheels changed. Absolutely unique experience in train from Chisinau (Moldova) to Bucharest (Romania).

Train by itself looks ancient and definitely from Soviet-era time. Renovation is not yet happened to this train (questionable that it will happen in foreseeable future). And everywhere carpets (aka “luxury” by Soviet design).

Anyway I did not expect much until we reached border. Railway track is different in Moldova and Romania and its done deliberately. Soviet Union government tried to protect possible foreign invasion by making another railway standard. This technique was never used as no country invaded Soviet Union.

Train start from Chisinau station at 16:45, ticket cost around $27, arrive in Bucharest at 6 am (flexible time). Tickets could be purchased online in train station and most of the time train occupancy rate around 25% (mostly foreigners).

I highly recommend to check it for unique time travel 🙂

One thought on “Time travel by Soviet-era train”

If you don’t like me breathe in and out, there’s nothing more you can do