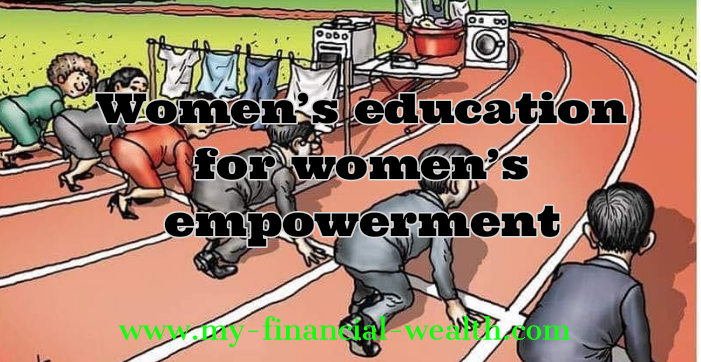 When females are less educated that creates men’s society (aka “this is the men’s world”). Men were taking advantage of this situation for centuries. Even now in 2019 research data shown that:

As I born in Soviet Union where education was mandatory for both genders, I’ve never seen uneducated females. When I shifted to live to India (Mumbai) I was shocked about literacy gap. Here’s a few examples:

Educated female which enter workforce on equal rights with men are huge stimulation for economic growth.

As less educated females as less chances for career and higher income they have. In order to grow popularity of female kid education in India government program established “Beti bachao, beti padhao” (Save daughters, educate daughters).

In Mumbai’s local train I commonly see female kids approx 6 years old who sell toys, napkins, food. They don’t go school, they don’t have happy childhood, they have no opportunities in life. Most of the people take education as something granted untill they see consequences of no education for females.

This is not a feminist post. I write this to motivate you to build schools and pay for someone’s child education (it cost per year like a few visit to Starbucks). You can choose location and build small school. Be sure that karma will reward you.

Hopefully this article bring value in to your life and gave food for thoughts. Please follow for more articles.