Women and wealth: from material girl to self-made women 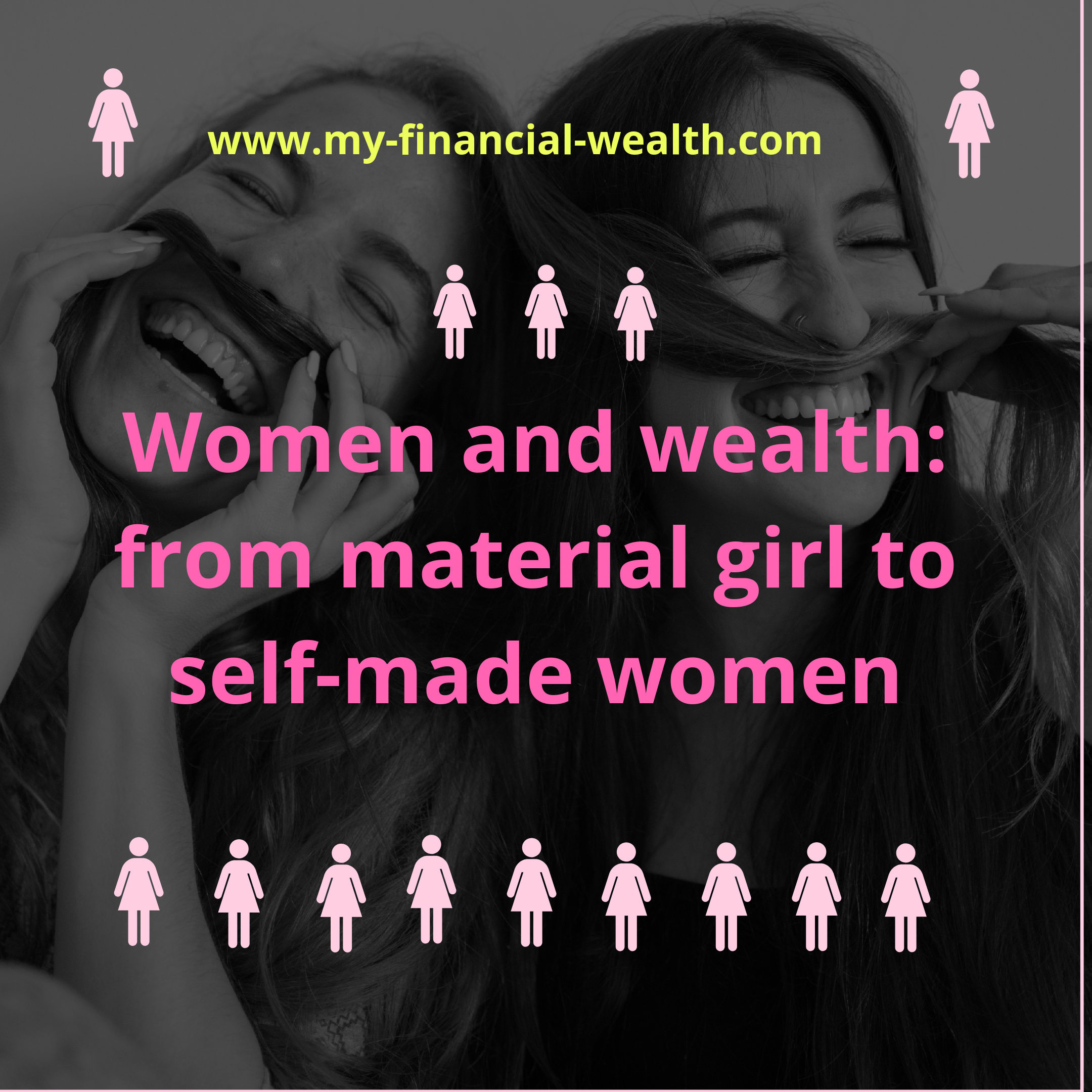 Womens’ share of wealth about 40% of global household wealth but depends on country, religion, education, etc.

For women it’s extremely important to make own income and do not be dependant on husband (family). That gives choice what to do in life, where to live, whom to marry and in what age get kids.

In traditional societies girls get married in tender age when their education not finished. Family pressure is strong. If girl gets married in young age that means that she will get kids in young age also. But she will not get highly paid job (own business) because of lack of education and experience. This put young girls in depending situation from husband and family. In developed countries women prefer to get married later and longer wait before getting kids.

For self-made women level of income means a lot. Society prefer to call self-made women as materialistic but it’s because she will not fully depend on husband (India, Turkey, Middle East countries, Africa, Latin America, etc). If women less financially depending on husband’s income than husband has less tools to control women’s life.

According to US Forbes women self-made billionaire Instagram famous Kylie Jenner appeared on position number 23 as self made billionaire. That was controversial and sparked a lot of criticism but her wealth self-made and not inherited.

In many countries woman during divorce pretending for smaller amount of household wealth. This negatively influence on future ability and speed of investments. In case of inherited wealth women prefer to invest in non-financial assets because women tend to be more risk averse than man.

3 thought on “Women and wealth: from material girl to self-made women”