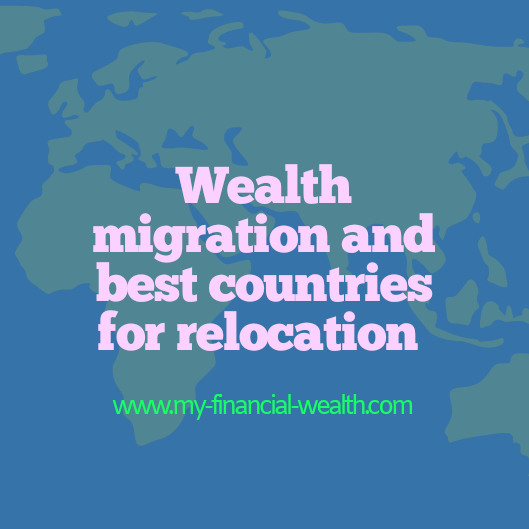 Wealthy people learned how to protect their wealth. Different strategies used but main one is relocation to safer place. (financially, personally, religiously)

Global wealth migration is not new practice but now more common. Classification by net worth:

Number of millionaires and mass affluents are different in various sources. In many countries with grey economy and tax avoidance impossible to acquire accurate data.

List of top 10 wealthiest countries in the world according to NWWealth (Global Wealth Migration Review):

On another side of spectrum countries with worst performing market (according to Global Wealth Migration Review by NWWealth):

Wealth inequality is a major problem worldwide. In ideal situation less than 30% of country’s wealth should be controlled by high net worth citizens. Here’s list of most equal countries in the world according to NWWealth:

List of most unequal countries based on percent of wealth held by high net worth individuals:

Immigration of high net worth individuals (families) welcomed by majority of countries. But there’s another side: wealthy people first to leave the country unlike middle class.

3 thought on “Wealth migration and best countries for relocation”