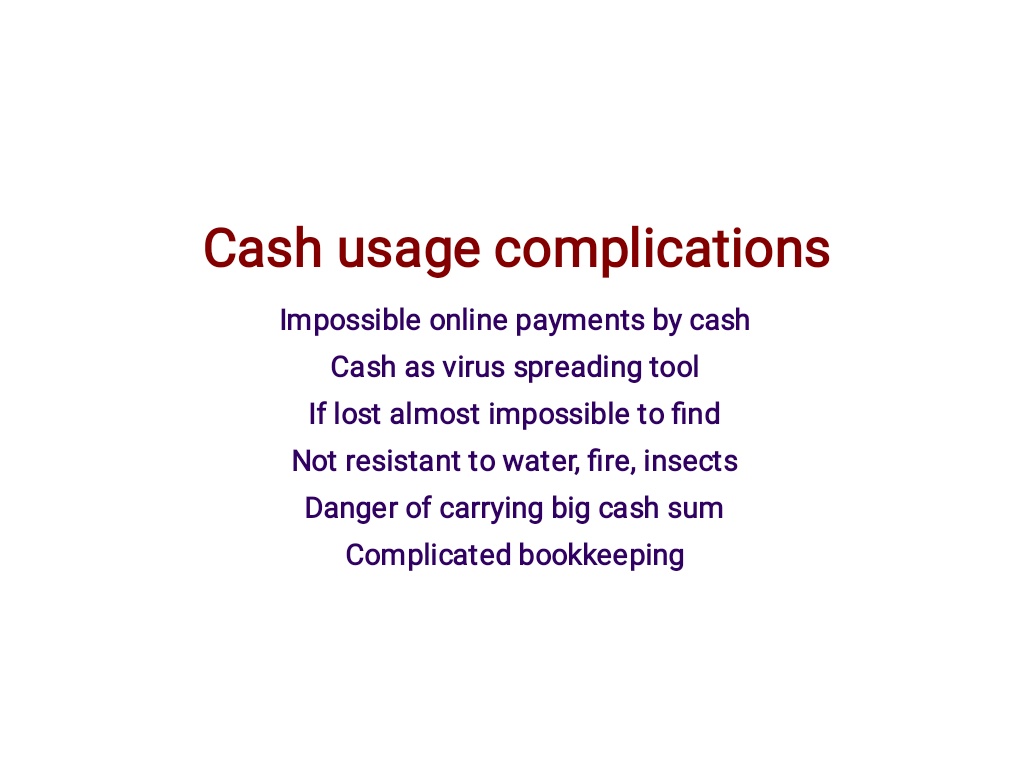 Usage of cash considered complicated in many ways:

United Kingdom. Fast moving towards cashless society but influence of Brexit not yet clear.

Kenya. M-pesa as revolutionary payment mobile platform used for mobile wallet transfers and bill payment. For uneducated population “cash is kind”. It’s true. There is no charges for small payments under 0.71 dollar, no commission charged.Results increase in transactions from 1% to 11%.

Canada. Broad acceptance of PayWave for contactless payment. Inside card integrated chip with antenna which respond to terminal’s request using a 13.56 MHz frequency range. It has pros and cons but most important it save time, prevent from incorrect PIN number.

Australia. Share of cash in consumer payment reduced from 70% to 39% in 9 years. Unlike in USA where customers prefer to use credit card, in Australia customers prefer debit card and spend that money which they already earned.

China. WeChatPay made revolution in-app payments and projected it as a basic necessities for majority of population in big cities who don’t carry wallet with cash. Alibaba online shopping comforted consumers about online transactions. Economic boom encouraged citizens to start using cards and e-wallets without fear of loosing or theft as cyber security one of priority of government.

Printing, distributing of cash comes in extra cost for government. As government of any country does everything to eliminate unnecessary expenses.Cash is first to eliminate towards digital payment. Payment in cash mostly for tax skipping and influence on national budget deficit.