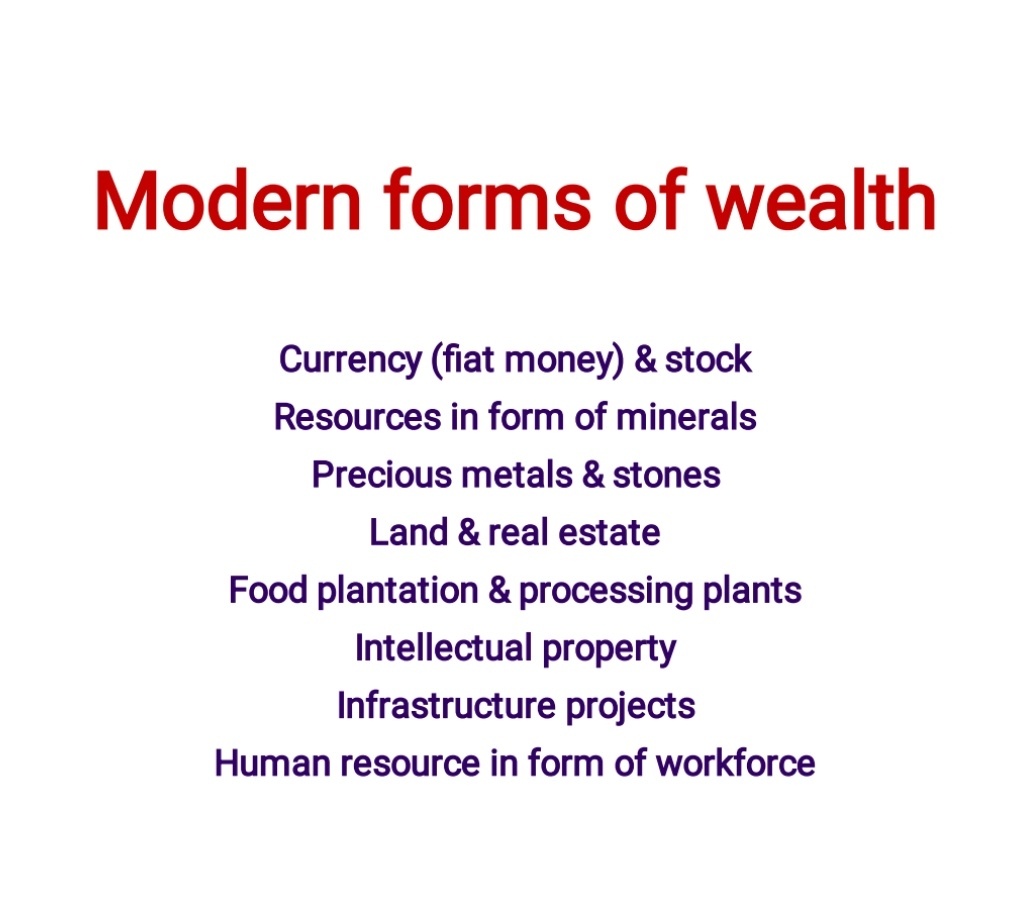 Depends on level of income individuals see wealth differently. Classic meaning: accumulated sources of income in current market value minus debt. This leads to uneven distribution of wealth between nations and different view how much resources owning considered enough to be wealthy.

To accumulate wealth need time & not happening overnight because of that most of developed countries exploit & colonized less united and less developed lands. By using harsh methods valuable resources shifted to imperial families which was ruling UK, France, Germany, Turkey, Spain, Portugal which became main colonizers. While independent movements happened in way to many places colonizers gave up lands but left newly launched counties with no significant wealth and no idea how to run counties. This is a reason why majority of counties which gain independence in 20th century still classified as undeveloped and filled with corruption,wars, insignificant GDP per capita, aids, education crisis, many kids per family, nutritional starving…

In same time citizens on developed countries enjoy all benefits of high standards life even sometimes complaining that government don’t take care about them.

Through history wealth has been perceived in different forms but in today’s article I want to concentrate on modern forms:

For wealth accumulation many advices written but main one it’s to contribute time to learn how economy work (it’s not complicated as mostly presented), to understand how to earn money and most important how to multiple it. Learn to understand how real vs fake news influence on markets. Study how other created their wealth and use it for yourself. About all this my blog. Welcome to world of practical articles.